Deprecated: mysql_pconnect(): The mysql extension is deprecated and will be removed in the future: use mysqli or PDO instead in /home/portuga2/public_html/connections/config.php on line 27
 Cascais & Estoril - Portugal B'side

Trivia: It’s usual to say that the name of Cascais come from the plural of cascal (shells in heaps), which was related to the thousands of shells from the shell-fishes found in that fishing area. 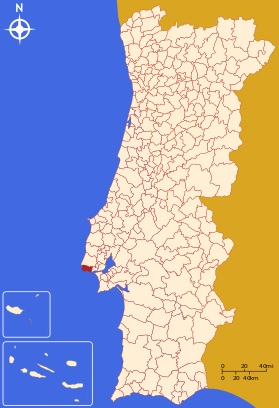 Cascais is a fishing village situated 20km (13 miles) from Lisbon, with magnificent beaches facing south and west. Living by the sea, by the Sintra-Cascais Natural Park and the proximity to the capital makes this village a lively and young center, but mostly very modernized and technologic, that extends till the beautiful Estoril coast, full of palaces and mansions on the cliffs by the sea. Because it is an excellent haven, fishing and other marine activities are a tradition perpetuated in a remarkable way.

The area of ​​Cascais and Estoril, delimited on the south and west by the Atlantic Ocean, has always had a climate and natural conditions favorable for the man since Paleolithic times, as well to the dinosaurs as evidenced by traces of footprints recorded in several points of the region.  Several people lived here, like the Phoenicians, Romans and Arabs, that saw a strategic interest in this westernmost region of Europe. The inhabitants of this region seen the early explorers leaving in the ocean and the return of the first naus with treasures from Africa, spices from India and gold from Brazil. In recent years, the coast of Cascais and Estoril became one of the most cosmopolitan places in Portugal, earning their fame when King Louis I chose this bay for his summer residence in the 19th century. The huge political upheavals of the 20th century made this area the favorite retreat of kings and aristocrats exiled, resulting in a sophisticated atmosphere that endures until these days. The mansions of aristocratic character built in these centuries, are today cultural and recreational spaces, which reveal more about the history of this village.

From internationally recognized events to the huge demand for their white sand beaches, Cascais and Estoril are destinations not to be missed, where you can delight with the divine gastronomy resulting of the fisheries. Enjoy also the street commerce and nightlife in these places that are a real piece of cultural heritage. Make sure to visit the Estoril Casino the largest and oldest casino in Europe.