Deprecated: mysql_pconnect(): The mysql extension is deprecated and will be removed in the future: use mysqli or PDO instead in /home/portuga2/public_html/connections/config.php on line 27
 Braga - Portugal B'side

Trivia: One of the oldest Christian cities in the world, founded in the Roman period as Bracara Augusta, in honor of the Emperor Augustus Caesar

Some points of interest: Bom Jesus do Monte Sanctuary, Sanctuary of Our Lady of Sameiro, Citânia Briteiros, Monastery of St Martin of Tibães 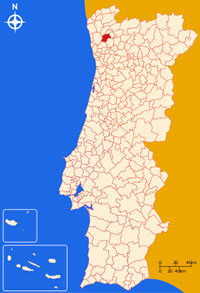 Named by the Romans as Bracara Augusta, Braga is the oldest Portuguese city with over 2000 years of history as a city. Yet traces of habitation clusters found in the municipality prove the existence of human activity since the Bronze Age. Braga is also considered one of the main religious centers of the country, where it is possible to observe important religious monuments as well as splendid manor houses and gardens. Described as the Portuguese Rome because of the diversity of religious monuments and existent squares like in Rome, is commonly nicknamed "City of archbishops and Three Sacro-Montes", referring to the sanctuaries situated in the mountain chain that rises southwest of the city ​​and are by order from east to south: The Bom Jesus, Sameiro and Falperra.

Despite being an ancient city harboring an extensive religious and historical heritage, it is a city focused on the youth with a large percentage of young people with permanent residence in the city, making it a dynamic and lively city. Because of the great programs made as European Youth Capital in 2012, earned the title of headquarter of all the European Youth Capital. It is a city rich in culture and traditions, where the history and religion live side by side with the technology industry and university life. The city offers splendid moments of leisure and culture stimulated by the wide variety of nightlife, cinemas, theater, exhibitions, museums and art galleries, among others.