Deprecated: mysql_pconnect(): The mysql extension is deprecated and will be removed in the future: use mysqli or PDO instead in /home/portuga2/public_html/connections/config.php on line 27
 Portugal - Portugal B'side

Rooster of Barcelos Legend tells that, supposedly in the 16th century, Barcelos town lived moments of great tension due to crime occurrence, for which there weren't even any suspects.

One day, a Galician stranger passing by, was considered to be a suspect and was arrested by the authorities. The man insisted on his innocence explaining that he was on a pilgrimage to Santiago de Compostela, as a way to fulfil a promise, but even so the local judge sentenced him to the gallows. When his execution arrived, the Galician asked to speak to the judge who had sentenced him. The guards agreed and took him to the residence of such judge, who at the time was feasting with his friends. Interrupting his meal, the Galician insisted again on his innocence but failed to convince anyone and was sent away, but before leaving he pointed to the roasted rooster that was in a platter on the table and shouted:

Laughs and comments quickly came. The man was taken to be hanged, but nobody dared to eat that rooster. Moments later, the rooster rose from the plate and sang loudly. After the general shock and surprise, the judge ran out toward the gallows to try to save the man, which was after all innocent. When he arrived he found the Galician hanging but still alive due to the poorly made knot and ordered to remove it. The man was released and went on his way.

This episode will have marked the memory of all of the Barcelos's inhabitants, but above all the memory of the Galician. Years later, in the 17th century, the Galician returned to Barcelos to erect a small monument in granite, to thank the Virgin Mary and St. James. This monument is known as the Calvary to the Lord of the Rooster (in Portuguese, "Cruzeiro do Senhor do Galo") and it is currently in the collection of Barcelos's Archaeological Museum.

The Rooster of Barcelos earned his reputation over time, and currently is a traditional Portuguese symbol with strong connections to the concepts of freedom and faith. This brightly colored rooster varies in shape and size demonstrating the acceptance of social differences in folk tradition that exists in Portugal.

This artefact is now a modern interpretation of the nation's identity and a strong element of marketing, associated to tourism and to the perception that the travelers carry with them in their hearts.

The word "saudade" is probably the most unique word of the Portuguese language. With Latin origin, it is virtually impossible to translate it and only exists in Portuguese and Galician. As a result of a British study that gathered a thousand opinions from professional translators, the word "saudade" was considered one of the hardest to translate.

The origin of the word is directly linked to the maritime tradition, dating back to the Portuguese Discoveries, particularly due to the separation from the loved ones in the colonial Brazil period. That feeling was reciprocal and comprised not only the lack of the people but also the lack of situations, sensations and flavors lived and kept away by time or even places of the past. It is therefore a transversal sense to different situations that reflects in the state of mind of those who remember, invoking a singular nostalgia. It is related to the absence, lack, lost, separation, incompleteness, deprivation, but above all love and as a consequence the destiny.

Saudade exists between the negativity of loneliness and the positivity of the act of saluting, becoming not just an instant feeling but a reality with which we must live.

This word is very present in popular Portuguese music and poetry. Fado, the Portuguese style of music that talks about destiny, strongly invokes the feeling of saudade.

In Brazil, this feeling is very well portrayed in popular music and in the sertanejos, and Saudade Day celebrated on 30th January.

The origin of conventual pastry, containing mainly eggs, dates back to the 15th century, when sugar entered in the gastronomy tradition of the monasteries. Many of these women in these monasteries were residents not by choice, and spend time dedicated themselves to culinary. The skills of the most experienced passed to the younger, which in turn also had time to improve the techniques or simply create variations of them.

Later, near the 18th century, sugar became a very abundant ingredient in convents, mainly coming from Colonial Brazil. During the 18th and 19th centuries, Portugal was probably the largest egg producer and the largest exporter of egg whites, widely used for ironing the richest fabric of the western world or as cleansing in the white wine fabrication. The excess of gems served to feed the animals that subsequently would serve as food for people, but even so the leftovers were immense. At the time it was also common to offer chickens to the convents, so there was always plenty eggs. As such, it was during the 18th century that the conventual pastry strongly developed, combining the over-abundance of sugar with the egg yolks. It is no coincidence that most of conventual pastry has divine names or with a great relation to Christianity, such as papo de anjo (angel's belly), toucinho-do-céu (heaven's belly of pork), barriga de freira (nun's belly), pudim Abade de Priscos (Abbot of Priscos flan), Dom Rodrigos, Fatias de Bispo (slices of Bishop), among many other names.

Was in the 19th century, when it was decreed the extinction of the religious orders in Portugal, that conventual pastry spread. Many monks and nuns were left homeless and were housed by various wealthy families. Apart from transmitting the recipes to the maids of these families, they also sold their pastry as a way of survival. This way, the conventual pastry was mixed up with the traditional pastry. In traditional pastry is remarkable the greater presence of flour and few eggs, while the conventual starts by using too much sugar and too many eggs (especially egg yolks) and the flour is almost nonexistent. These two pastry techniques merged over time, becoming in what is known today as the Portuguese traditional pastry.

Between the two Portugal major cities, Lisbon and Oporto, there is an ancient rivalry with centuries of history, but we can say that it is a healthy rivalry and that promotes competitiveness like in sport. As such, the occurrence of nicknames was inevitable.

In North of Portugal, more specifically in Oporto, the inhabitants are known as tripeiros. According to the legend, in 1415, in the preparation of the armed force for the conquest of Ceuta, all the meat was offered to the expedition members leaving only the tripas (beef stomach), which remained in Oporto and were served as food. One of the traditional dishes of the region is still tripas à moda do Porto. Tripeiros was the nickname the inhabitants of this city acquired due to the sacrifice they had suffered.

Further south of Portugal, in Lisbon, the inhabitants are known as alfacinhas (little lettuces). It is said that during a siege of Lisbon, its inhabitants’ consumption was practically reduced to lettuce that they had the tradition to plant, because they used it for various purposes. It is thought that the fate and survival of these inhabitants have depended largely on the lettuce, and that is why nowadays their nickname is alfacinhas. 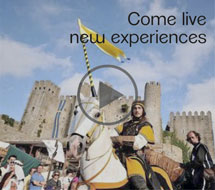 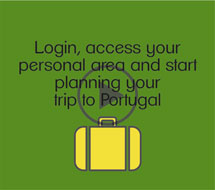 "Thank you for all the professionalism and homeland knowledge, it was great for us because your customer support exceeded my expectations. Keep up with this personalized and quality service. Good luck, you deserve it. "

"I want to thank Portugal B'side for the excellent organization of my trip to Portugal, those were unforgettable moments. Plenty things to see and do, beautiful landscapes, not to mention the great food and atmosphere. A very special kiss to thank you for